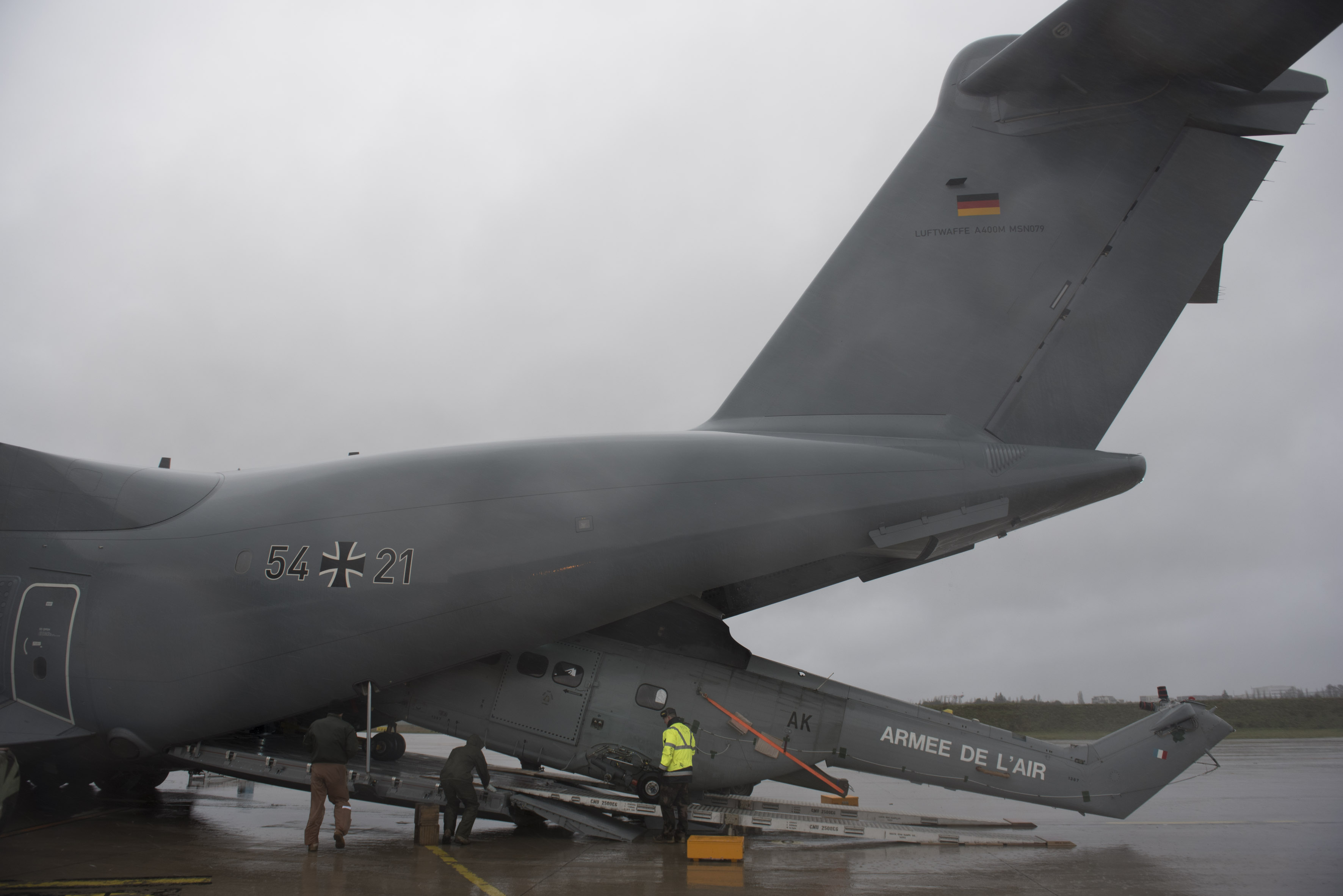 Flying a helicopter is one thing. Transporting it by aircraft is however difficult, but delivering a French PUMA with a German A400M across the ocean to Cayenne is extremly challenging during planning and execution.

First of all, France and Germany had to coordinate all aspects of the French loading procedures of the helicopter into a non-French, i.e. German asset. Then the French and German loadmasters and mechanics dismantled this special “oversized” cargo, boarded it with the newly coordinated loading procedures and fixed it in the aircraft with specific restraint schemes. They worked hand in hand to load, but also to unload the helicopter in Cayenne and to finally recompose it. The mission was executed successfully.

Colonel Schad followed this extraordinary mission with a special interest. The cherry on the cake was that EATC aimed at 100% efficiency by integrating two tasks across the ocean: on this 07 December 2018, the A400M delivered the PUMA helicopter on the way to Buenos Aires in Cayenne and flew a German military delegation to Argentina.