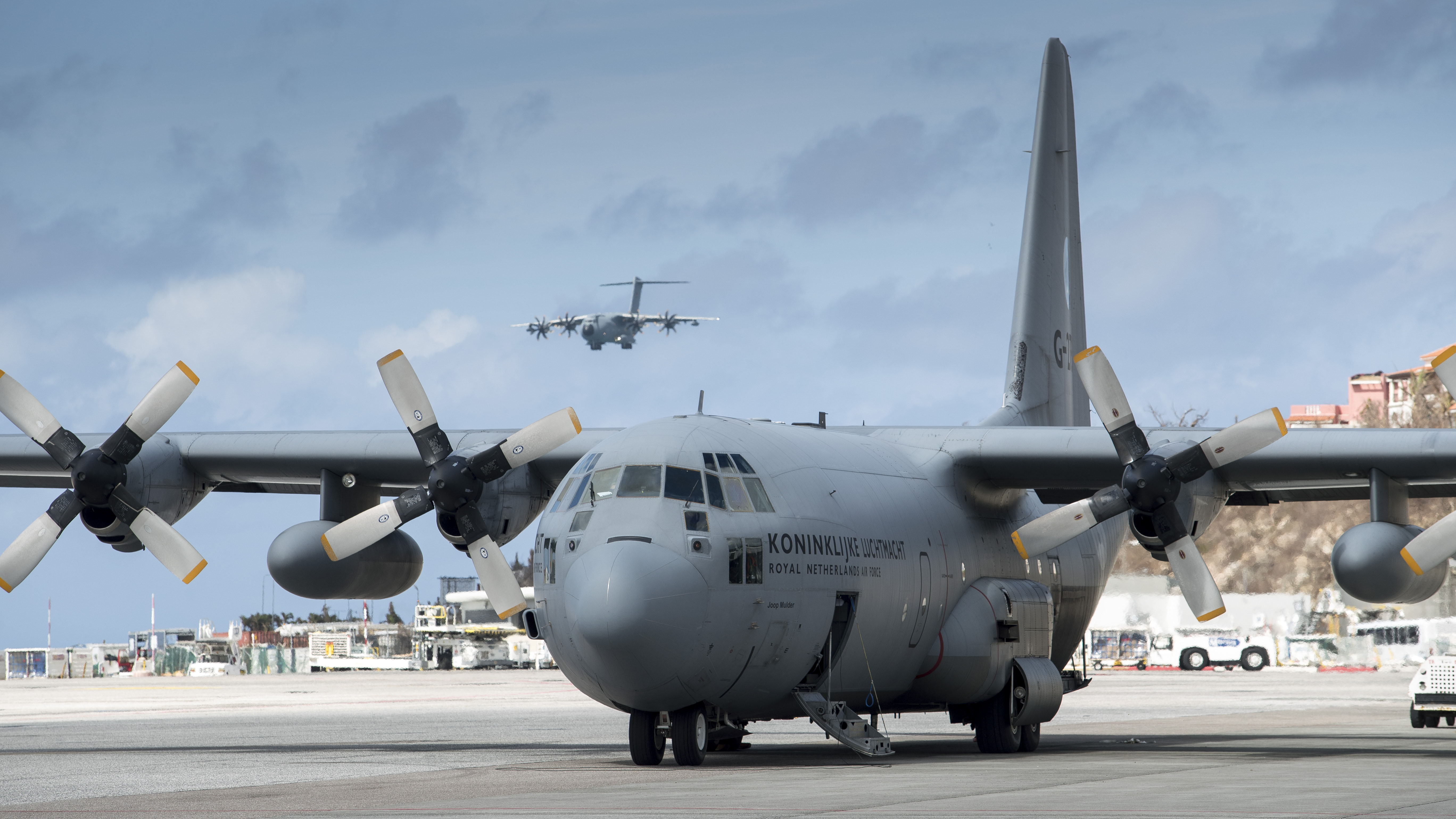 When Hurrican Irma raged late 2017, EATC stood ready to answer national air transport requests without delay. Over weeks, EATC facilitated the relief operations to the Carribeans by running, on short time notice, the missions on behalf of its member nations. The C-130 and KDC-10 from the Netherlands were upon the first aircraft sent into the Caribbean followed by the A400M, A340 and A310 aircraft from Germany and France.

Colonel Leo Joosse was chief of the executive office of the Commander of the Dutch Air Force when hurricane Irma raged. He recalls these dreadful moments. “When the hurricane hit the Dutch oversea territories, we witnessed scenes of incredible devastation. The Dutch Defense turned immediately to EATC to guarantee the transportation of dozens of specialised personnel to the Caribbean together with the delivery of food, water and medical supplies.” Today Colonel Joosse is Head Functional Division at EATC and Dutch Senior National Representative.

EATC also coordinated the aeromedical evacuation for wounded persons from the affected regions and supported a reliable air transport for evacuees.