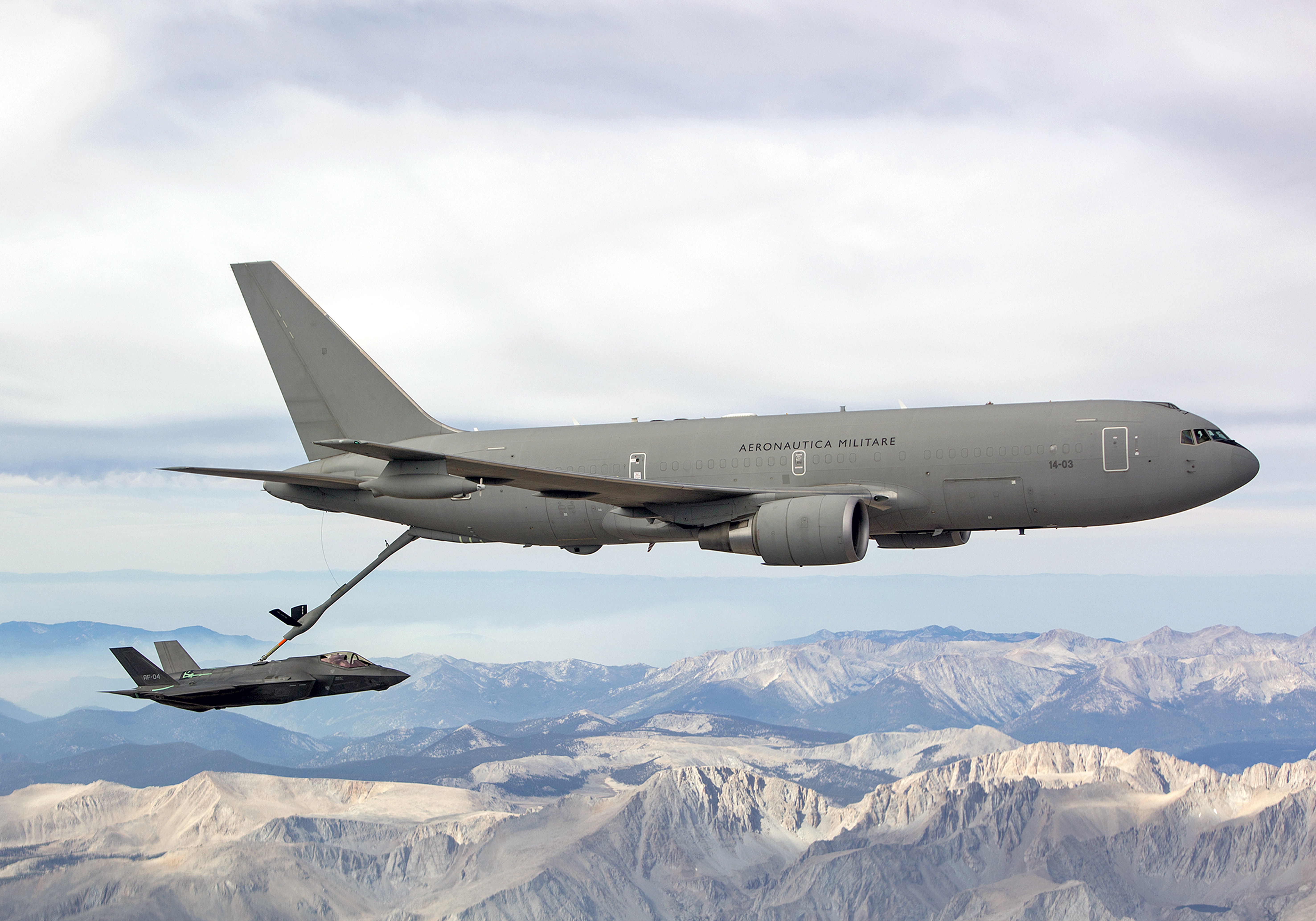 Italy wrote history in 2016 : first of all, Italian pilots completed the first transatlantic crossing of the F-35 A Lightening II. And secondly Italy transferred authority of its air mobility assets to EATC.

How do these events match together? The transatlantic crossing was only possible with air-to-air refuelling capabilities. So when, in May 2016, two F-35 were scheduled to route again to the USA, Italy requested EATC to command and control the supporting missions. EATC commanded the Italian KC-767A to air-to-air refuel the fighter on its way over the Atlantic. These KC-767A were the first non-US aircraft to receive F-35 tanking certification (in 2015) and thus allowed to air-to-air refuel these fighters. Then EATC also controlled the Italian C-130J aircraft accompanying the group as search and rescue asset, armed with inflatable life rafts in case one of the pilots was forced to eject.

In May 2016, Colonel Andrea Massucci was the 14th Wing Commander in Pratica di Mare-Rome where the KC-767A are based. “I still remember well all the details of that mission since it was all over the international media putting my air force and my wing under a bright spot light. A lighthouse case for a perfect integration between air mobility and combat component.” Three months later, Colonel Massucci joined EATC. He is Head Policy and Support Division.

These missions were executed only a couple of months after Italy transferred the authority of the majority of its air mobility assets to the EATC.