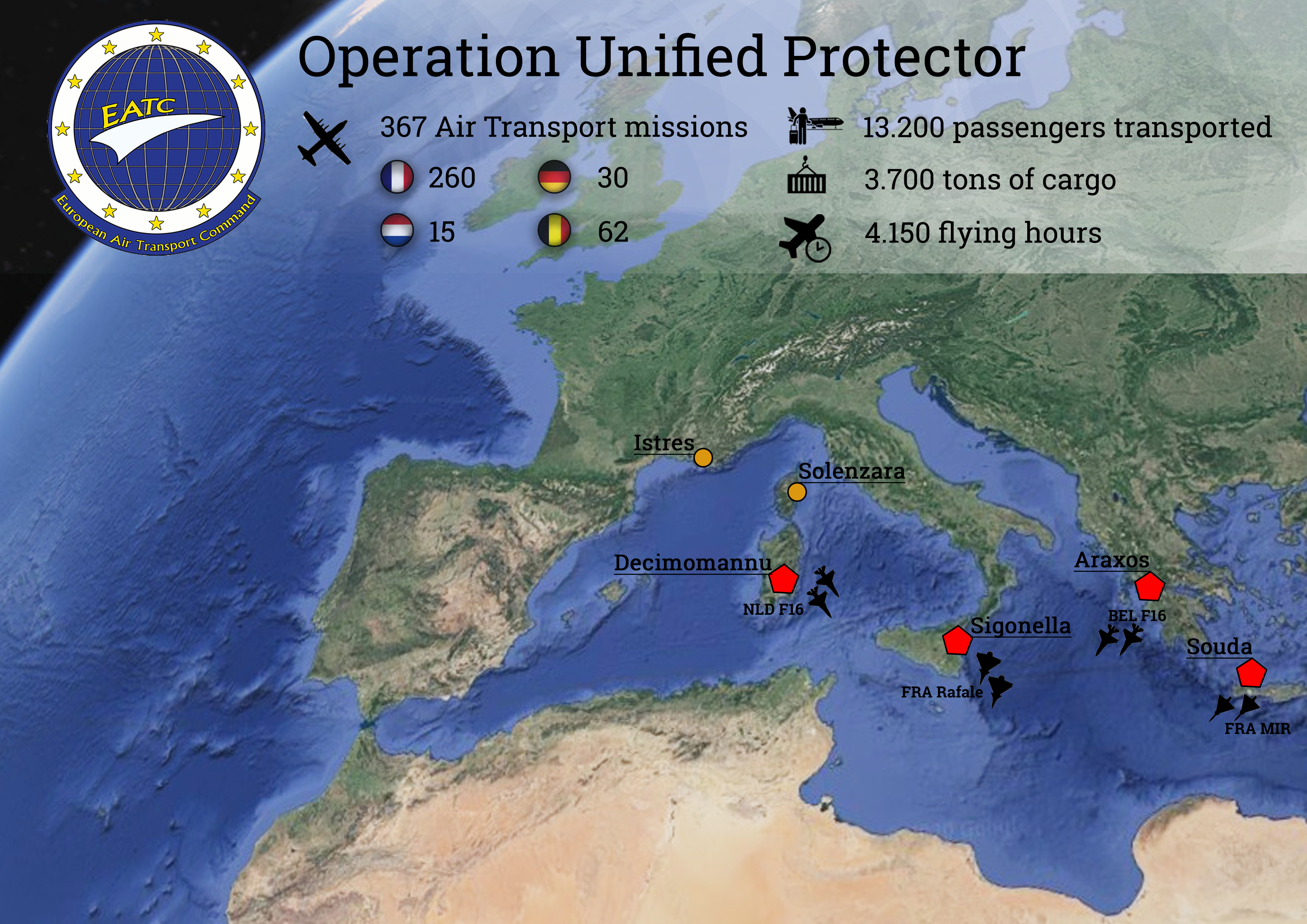 2011 : from training to Operation Unified Protector in a breath

In March 2011, the Belgian 349 squadron was participating in a F16 training at Araxos air base (Greece). Then NATO launched “Operation Unified Protector” against Libya.

The Belgian government decided to engage the 349 squadron directly from Araxos with the coalition forces over Libya. A few days later, after an intense weekend turnover, Belgium launched its first “air defence operations” into the established NATO “no-fly zone”. The enlargement of the Belgium commitment to include offensive air operations over Libyan territory coincided with the Belgian transfer of authority of its transport assets to the EATC (28 April 2011).

In 2011, Colonel Pat Mollet headed the Belgian “National Movement Transport Coordination Center. He states that “our transfer of authority into EATC came at the right moment. As our F16 stepped into a NATO coalition operation, our air transport capability stepped into an EATC coalition. We weren’t any longer supporting only Belgium F16 in Araxos but also a French Mirage detachment in Souda Bay, a French Rafale detachment in Sigonella and a Dutch F16 detachment in Decimomannu. In return our F16 detachment experienced support by Dutch, French and German transport aircraft already under EATC operation control. A true example of international cooperation.” Today Colonel Mollet is Head Operational Division (EATC) and Belgian Senior National Representative.

In the framework of “Operation Unified Protector”, EATC commanded and controlled over 360 air transport missions on behalf of its member nations.