It is quite rare to watch army and air force units operating together. It is even more exceptionally,
when such cooperation hits on international framework - such as happened last week over southern France.

In the sequence of Colibri-exercises the actual serial version of Colibri ran from 7th to 13th of
September. The goal of Colibri, 1962 first introduced by France, is to achieve the best possible
interoperability among parachutists of different nations in peacekeeping-, respectively evacuation missions. 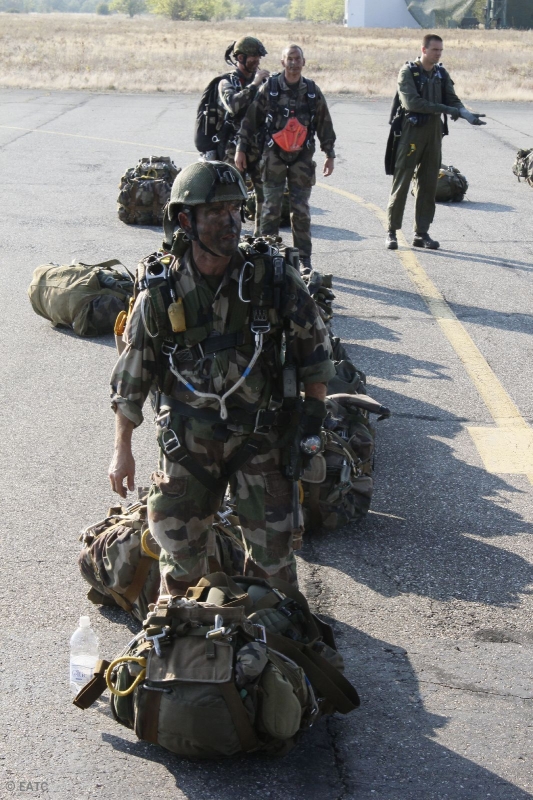 German C-160 Transall, Belgian C-130 Hercules and several French transport aircraft of the EATC assigned fleet were deducted from the parallel running French Air Force exercise "VOLFA" to carry up and drop down various material as well as the total of more than 1.200 paratroopers in a number of scenarios - focusing on the multinational cooperation and the sharing of capacities and effects in order to fulfill these scenarios, which are precisely designed to support the synergetic effects of the participating nations.

The European Air Transport Command - anchored in Eindhoven, the Netherlands - is usually associated more with the coordination of military Air Transport (AT). But facing the EATC-engagement to Colibri it becomes clear, that EATC is meanwhile also deeply involved in the planning and coordination of international parachuting – acting therewith as the Air Force Command for all four partner nations. 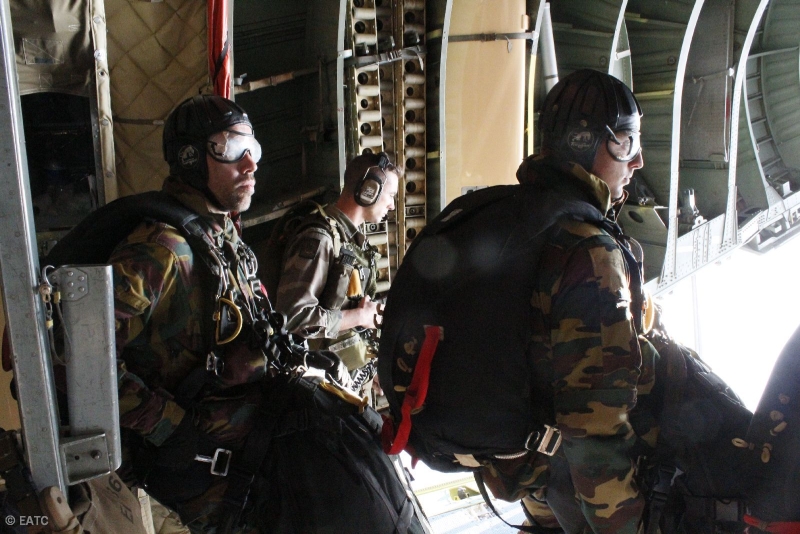 EATC cares not only principally for parachuting (Functional Division / Employment Branch), but also deals with related exercises: The responsible branch bears the distinguished abbreviation as of "TREX" (Functional Division / Training and Exercise) and had within Colibri a lot of coordination to do: Different nations with different equipment - and different aircraft with different mission approaches. One example: The French parachute is not allowed to drop out of a German Transall. Another difference: French and Belgian “troopers” are guided from inside the plane while German practiced so far being guided from the ground. 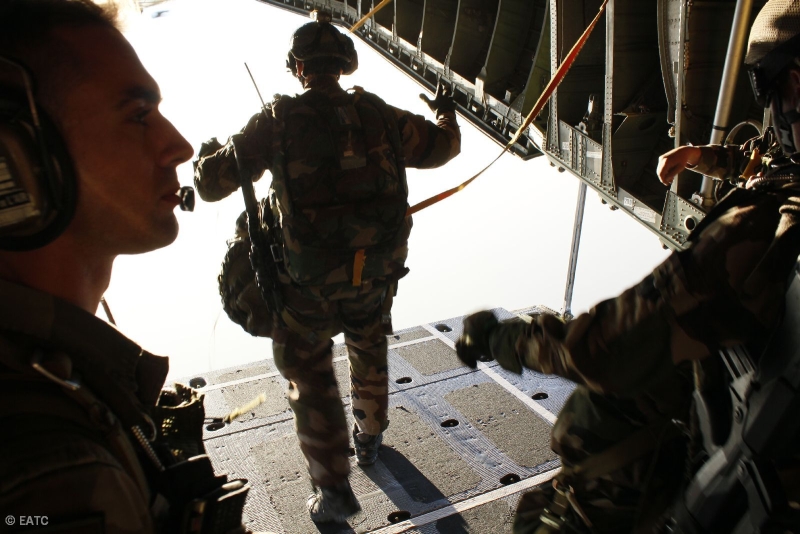 A lot of work for the engaged TREX to do, because in midst of a real mission there might be no disturbance or misunderstanding to hit the overall aim, claims French Colonel Franck Verdierre, Head of TREX, while stating: “In any thinkable evacuation practicing…  the mission itself must run as precise and effective as possible. The paratroopers and the different aircrews deal with a very responsible task: Saving lives. Under these circumstances one cannot allow to lack on any kind of misunderstanding or inappropriate reservation. Nevertheless, means and procedure occur different to nations specific experience and capabilities in the past. Therefore we have to harmonize and train on common understanding, that everything works out tailored to the mission, when paratroopers are called for duty. This concerns also the aircrew of the Transall, Hercules or CASA, who train to act most optimal on a possibly hostile ground.” Therefore - during each mission - the participating paratroopers use the opportunity to meet perfect training conditions and to train as they fight: Each mission is precisely designed to meet today’s possible mission scenario whilst taking the experience of conducted missions into account. On top of that, responsible TREX is almost planning the next seral stage of Colibri - taking part between the 3rd and 13th of December 2012 - with approximately 2.000 soldiers participating, including French, British, German and Belgian troopers.

Please see our Media Gallery for more pictures of this event.