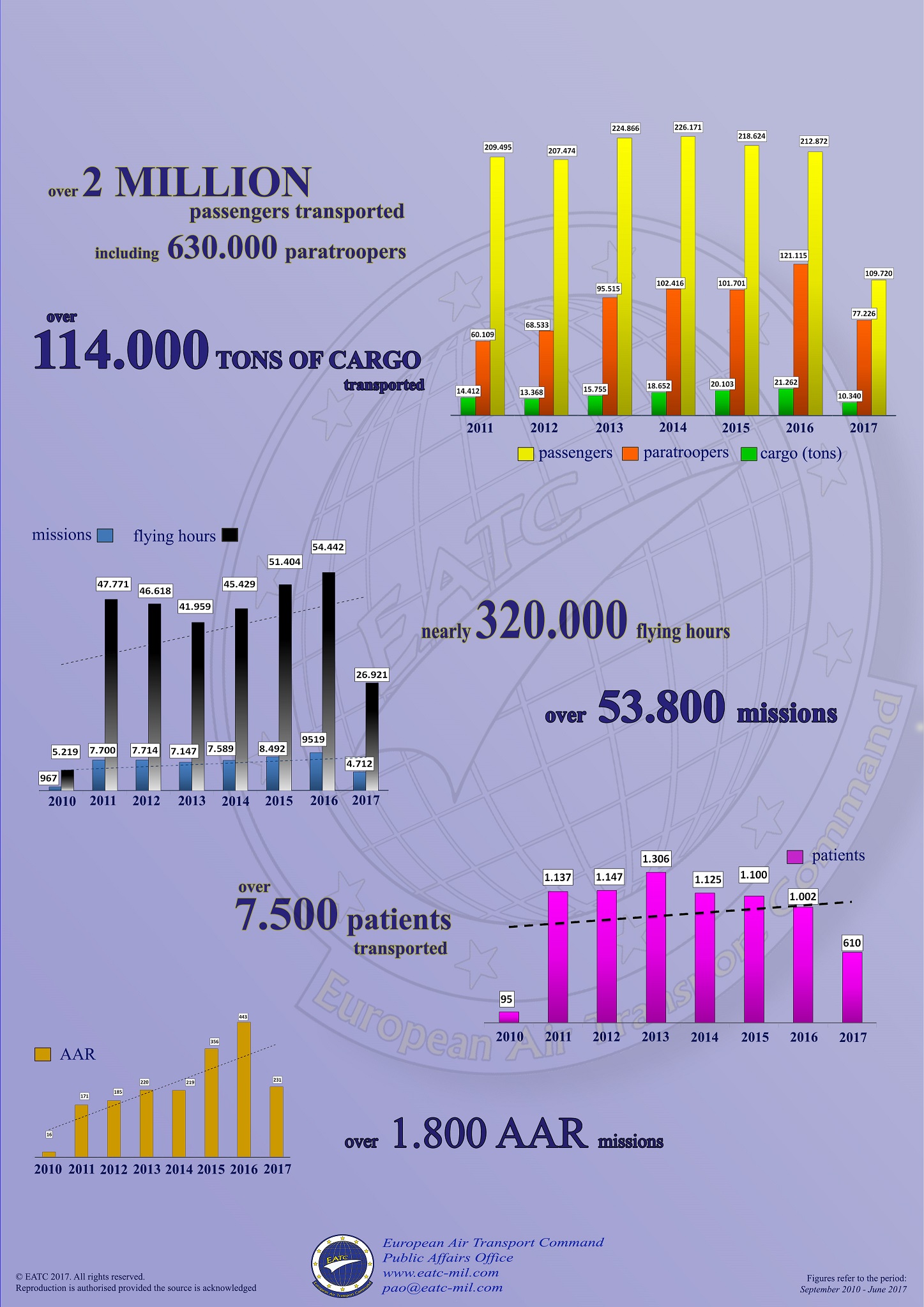 EATC was established on 1st September 2010 and 7 years later, we can look back with pride on our success. The key to our achievement is the trust and confidence that the EATC has gained from the seven member nations.

The strong relationship between all involved partners are reflected by the numbers: since the creation in autumn 2010, we had*

We have also built up a large experience in air-to-air refuelling and are considered today as an overall expert in this domain. In the last years, EATC had over 1.800 AAR missions executed and our commitment is ever growing, in particular with the introduction of the new generation multirole tanker fleet (A400M and A330 MRTT).