EATC emerged from a multinational recognition that military air transport shortfalls need to be addressed and interoperability to be enhanced if operational challenges are to be met. Foundations were laid in 1999 and EATC saw the light of day on 01 September 2010.

“I took up my function as staff officer in the “Employment” branch on that day.  It was exciting and challenging to be part of the pioneers of a new type of command. Infrastructure and IT support were still in the fledgling stages, but we all did our best to launch this great adventure”. 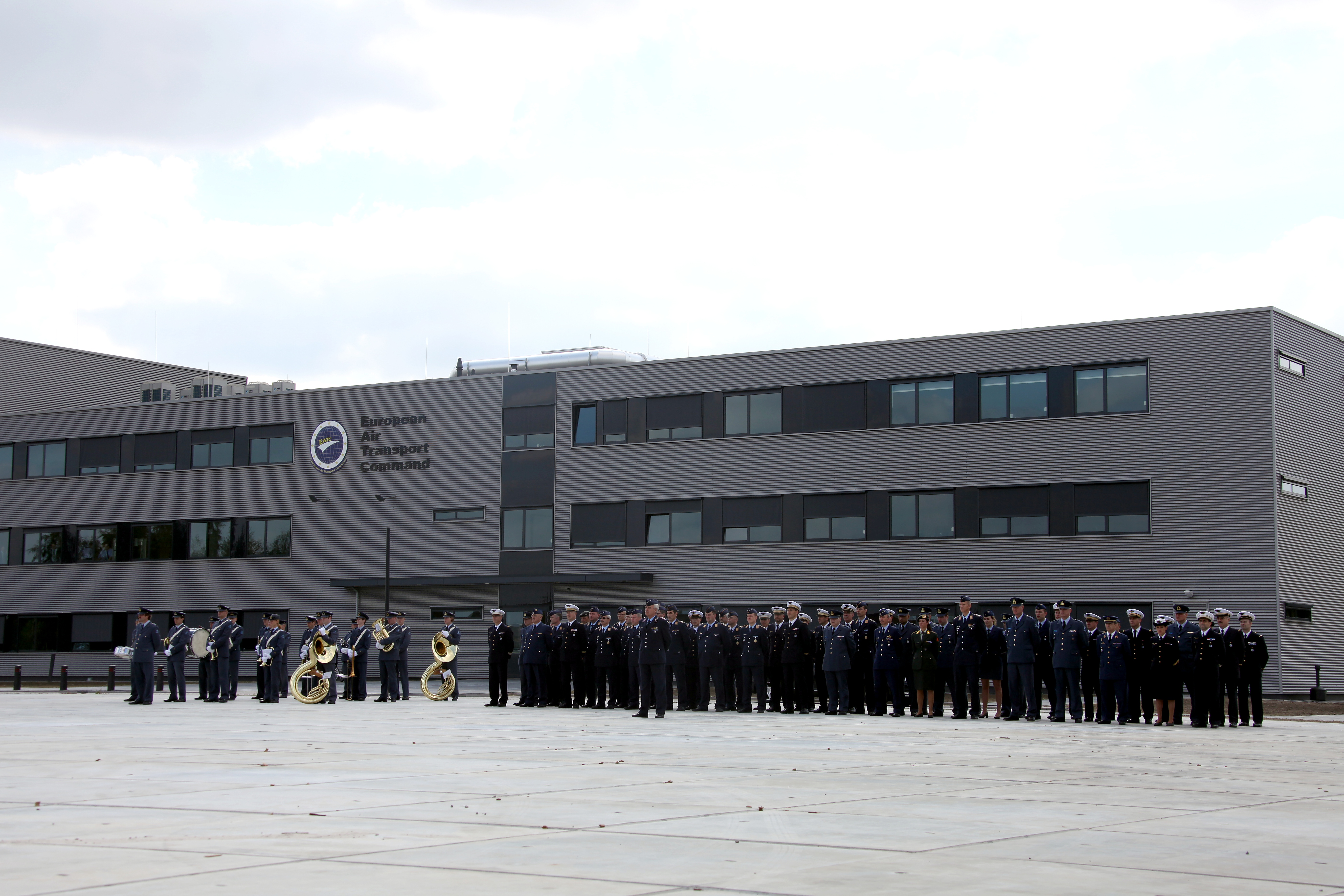 This year, EATC celebrates the 10th anniversary. Time to look back at the foundations … at the years 1999 to 2010.

EATC’s origins retrace to decisive statements from 1999. The NATO Summit in Washington identified shortfalls regarding strategic means of transportation. The EU Helsinki Summit declared strategic transport a priority capability gap to be included into the “European Capability Action Plan” and welcomed the decisions announced by some nations to establish a European Air Transport Command. France and Germany launched the initiative to “start preparing the establishment of a European Air Transport Command”. 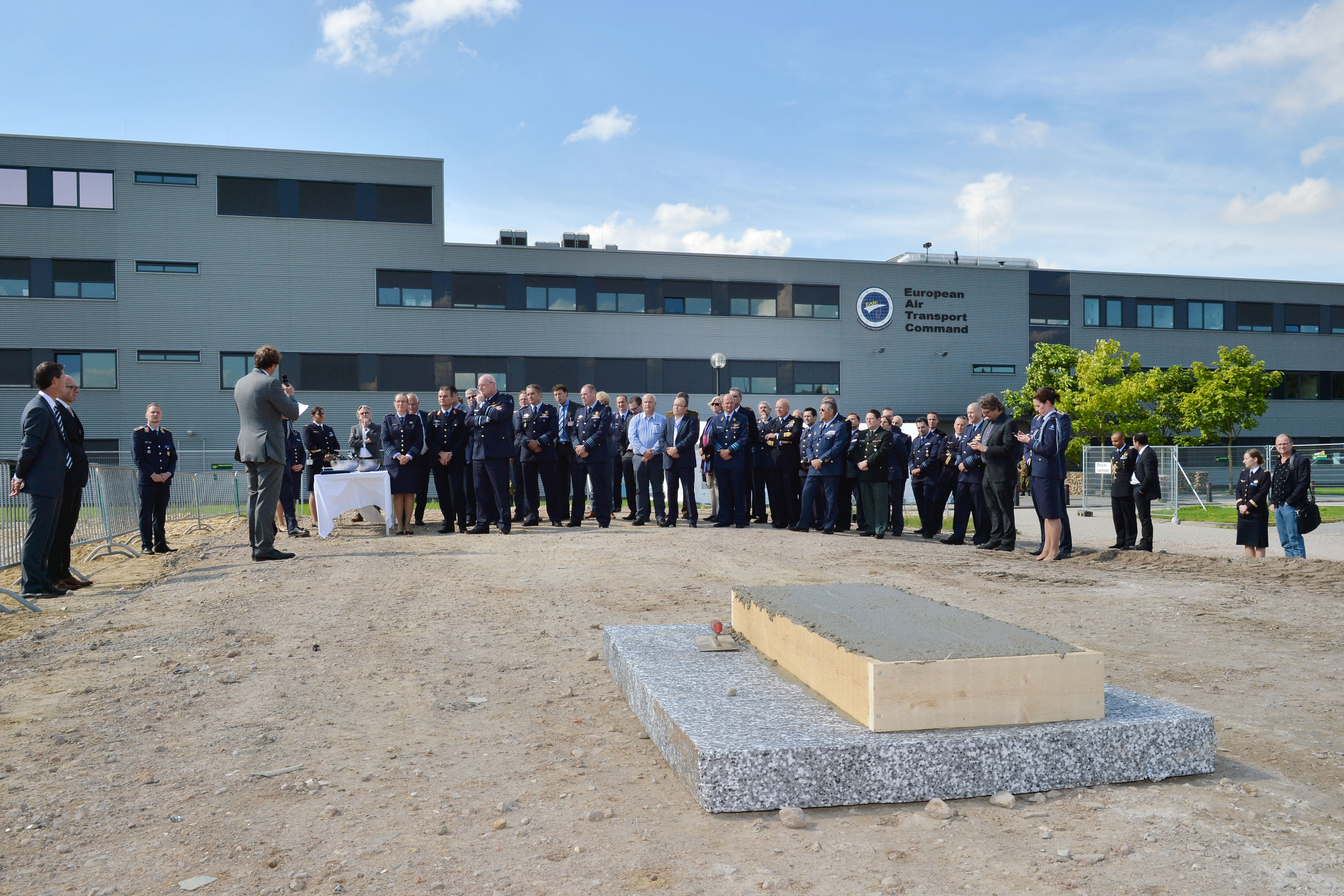 They mandated the European Air Group (EAG) to study the European cooperation in the military air transport domain and only one year later, in June 2001, the “European Airlift Coordination Cell” was established. This cell was exclusively in charge of coordinating airlift missions for the seven EAG member nations. In 2004, the nations decided to go a step further and created the “European Airlift Centre” (EAC) with a broader planning authority and capability. The EAC was also mandated to harmonise procedures and regulations. However the EAC and the still existing national structures were competing and the results did not tally with the expectations.

This is why, in 2006, the nations decided to take another step forward. On the one hand they merged the EAC with the “Sealift Coordination Center” to launch the “Movement Coordination Center Europe” (MCCE 1). On the other hand, France and Germany decided  to replace national structures and create a multinational air transport command. Belgium and the Netherlands joined the initiative within months.

The four nations laid out their ideas in a common concept and tasked an implementation team to translate the concept into reality. They also decided to establish the future EATC on the military airbase in Eindhoven, the Netherlands2

"This was a tremendous experience for all of us. The implementation team did a lot of conceptual work but it was our job to make it work" explains Lieutenant-Colonel Guillaume.

Major Luc was part of this implementation team. He remembers well those days. “We started from scratch from our offices at the Beauvechain airbase. We had our team of 17 people and a 5-page “concept of operations” including priorities given by the four nations. The dynamic within the team was great. We had sometimes difficult discussion among ourselves and also with the representatives in our nations. However in the end, we brought our task to a close.”

“Pretty early in the process the need for a supporting software was recognized. But none of the existing software met the needs to support the upcoming EATC air transport processes. So the nations decided to develop their own tool based upon existing software used in the Belgian and German air forces. A new application named MEAT* was gradually created.”

The efforts of the implementation team drew to a close on 30 June 2010, when the four ministers of defence signed the “Technical Arrangement” officially establishing the “European Air Transport Command. Two months later, on 1 September 2010, EATC was formally inaugurated. In only one month, it ramped up to the full strength of 155 personnel under the command of the German commander, Major General Both.

Luxembourg and Spain were granted observer status during the whole process and they formalised their accession respectively in 2012 and 2014. Moreover Italy joined EATC end 2014.

Working in the EATC implementation team, although very rewarding, was on many occasions also pretty stressful. We were all experts coming from four different nations. This entailed different cultures, different processes, different national interests and different personal opinions. On top of that, the language challenge. This led not rarely to high rising discussions and clashes.

We were lucky that our facilities on the airbase were situated right next to the base’s bar. After a good day of intellectual fighting, we felt the need to meet each other in a more relaxed environment and let loose of our heated moments. It was there that we launched the VELO. “VELO” is a French word for “bicycle” but, more importantly, it is also the acronym for the “Very Extreme Last One” - to make sure that we kept our “escape to reality” within acceptable limits.

Although the concept was sometimes stretched and more than one VELO was needed to convince everybody to return home, the bar next to our offices in Beauchevain was the place to “let off steam”. It contributed undoubtedly to the fact that we continued to be a great functioning team, able to discuss to the limits when necessary, but always keeping a very positive spirit and attitude.

[1] The MCCE acts as a broker for the exchange of military transport services on air, land, and sea. Today the MCCE comprises 28 EU member states and NATO allies.  It also hosts the secretariat of the ATARES arrangement.  EATC and MCCE are located on the Eindhoven airbase, turning Eindhoven into a hub for European military transport.

[2] The implementation team was based at the Beauvechain airbase, in Belgium The decision to establish EATC in Eindhoven was taken at a later stage.